In summer 2015 I had the honour to meet Johnny Hourigan and Clare Bottomley. They talked about Johnny’s film titled “Everybody says it’s all in Your Head”. As it very often happens, the process behind the film was as fascinating – if not more – as the final product itself.

Johnny used a camera to capture his view of the world as a teenager, starting from his home and family, to his neighborhood in South London and a journey on the bus with friends. It started as a test. Looking back at the footage and whilst editing, over and over again, he unconsciously began building a self portrait.  His recordings had “captured in my view of my life with mild Autism and the experience is really like a roller coaster but apart from that, it’s more like you’re filming your view from your head.”

By the time he completed the editing, he was no longer the teenager in the film, but an adult, a young man launching into new projects.

That was the right time to share the film with the public.

That was when I worked with Johnny and Clare to create a unique premiere at filmpro lates in August. 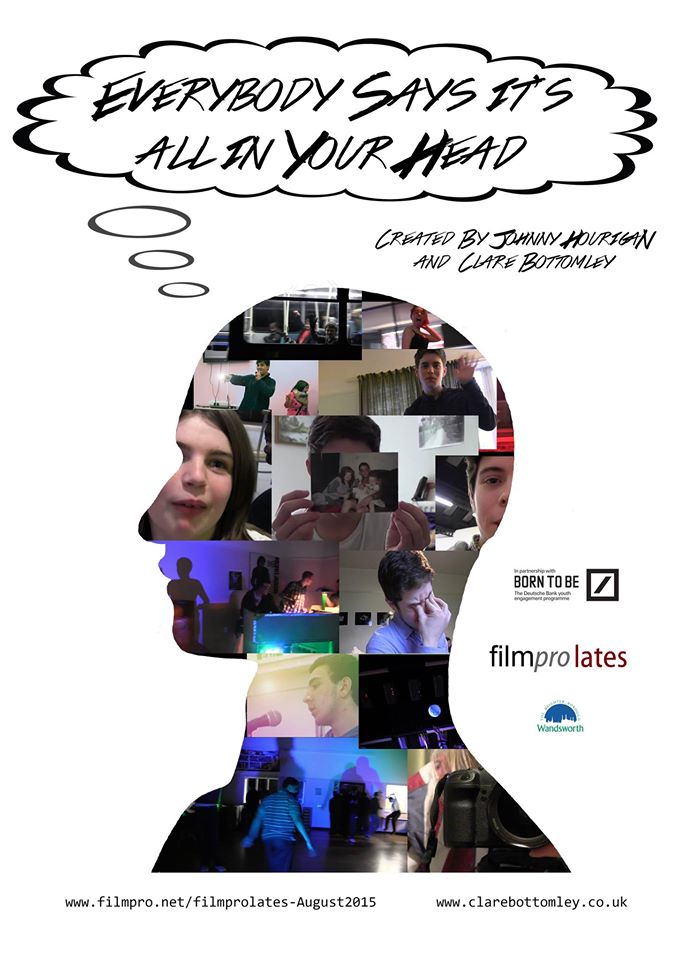 ‘Everybody Says it’s all in Your Head’, by Johnny Hourigan and Clare Bottomley. Film poster. 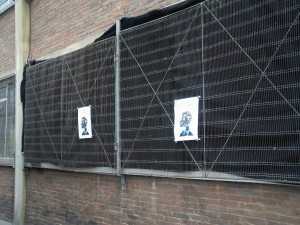 The set-up: an old TV welcoming visitors to the building’s lobby , another TV before the studio entrannce, two monitors at the corner and a video projection on the ceiling.

The final cut of “Everybody Says it’s all in Your Head”,  the sixth film, screened onto the studio’s main projection wall. 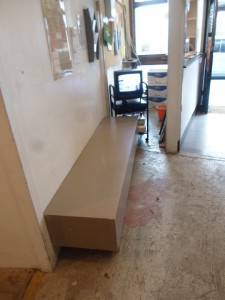 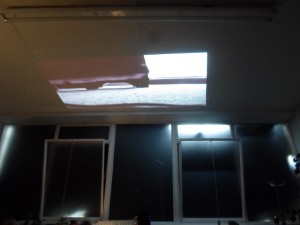 Film projection on the ceiling, inside the studio

Johnny introduces his film and talks about his work.

Everybody Says it’s all in Your Head on facebook